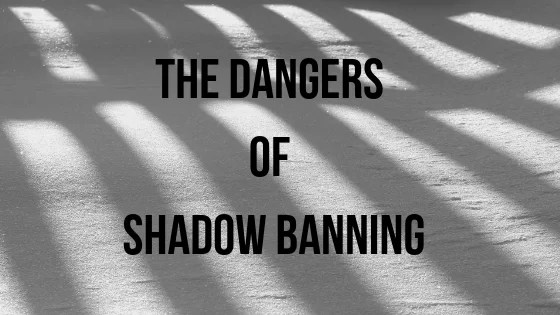 After putting so much work into our social media marketing content, we all want it to be seen, right?

Most businesses that use social media marketing achieve success from exposure. Advertising their goods and services gives them the consumers, and revenue, they need to keep running. So, want to continue having your posts visible on Instagram? Then beware of shadow banning.

Shadow banning is an unfortunate part of Instagram software that prevents certain posts from appearing in hashtag feeds. A hashtag feed is a hub for all content that includes the same hashtag. Instagram users frequent a particular hashtag feed when they want to see specific posts. For example, if a user wished to see photos of cars, they may go to the #car feed.

While it may seem easy to use the same hashtags over and over in your content, that’s exactly how your posts could become shadow banned. When Instagram continues to see the same hashtags, it regards the post as spam. Instagram will then remove the post from public hashtag feeds, only making it visible to users who already follow your company. This eliminates any opportunity of new people seeing your content, thereby greatly reducing your chance of new customers.

Even if you change up your hashtags, they could still put you at risk of shadow banning. Certain hashtags can be associated with inappropriate content, leading to the hashtag being considered “broken.” Even if you are using the hashtag appropriately, other Instagram users may have used the same hashtag in unsuitable posts. Therefore, Instagram may have placed a ban on the entire hashtag, only allowing it to be used in private settings. Be cautious when choosing which hashtags to include on your posts, as some banned hashtags are surprising.

Pro-Tip: These five hashtags are considered “broken,” and “banned,” by Instagram. Using them will most likely result in your post becoming shadow-banned.  #boho #costumes #petite #mustfollow #saltwater

Even if all of your hashtags are perfect, shadow banning could still hurt you. Random large surges of activity, such as following or unfollowing hundreds of people, could get your posts shadow banned. In an attempt to reduce spam messages and other potentially harmful practices, Instagram implemented software to ban users who have sporadic activity. If you go on multiple following sprees, are blocked by a group of Instagram users, or have any other suspicious activity, your posts could disappear from the public.

Avoid this at all costs. As stated earlier, exposure is crucial for social media marketing. At the moment, there is no “set time,” for shadow banning. If you’re lucky, the Instagram help center can try to fix the issue. If you’re not lucky, then you may have to completely change how you make posts and run your account. Just think, potentially thousands of people could view your content. Don’t ruin it. You want the most amount of people possible to view your posts, especially after all that time you put into generating Grade A content!

There are a few ways to see if Instagram has made your post invisible to the public.

Pro-Tip: Don’t forget to ask them to follow you again!

The biggest question is does Instagram know about shadow banning? Even though we’re certain it’s in their software, did Instagram create this or is it just a glitch? The answer is Instagram claims not to have created this practice on purpose and released a statement promising to work on the issue. Their recommendation is to focus on branding your company and not rely on the use of hashtags: something that cannot be sustained forever.

Our recommendation: Be careful when creating your content. Take an additional five or ten minutes to proofread both your hashtags and the post itself.

Even with all of these precautions, shadow banning can still easily happen. Lucky for you, we have a staff of trained social media marketing professionals to help you avoid this sneaky practice! Let us teach you all of the tips and tricks to never being shadow banned. Even better, we’ll help your business get the exposure it needs on all social media platforms. Give us a call at 321-255-0900 to schedule an appointment with us. Get your company out there today! 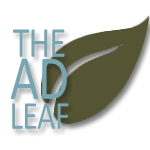