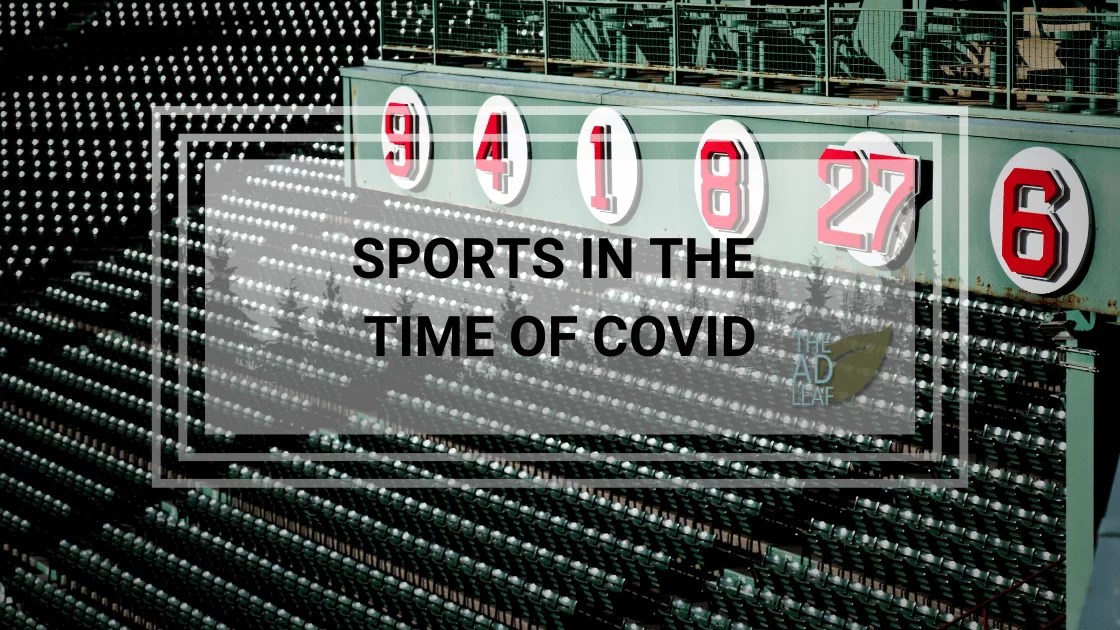 Covid-19 has no doubt forced changes in nearly all industries but few have been more obvious than professional sports. It’s no secret that some sports teams are more popular than others but at the end of the day, at least their corresponding social media accounts have always had games and team news to post about. With suspended and, in some cases, canceled seasons, all teams have been forced to get a little creative with how they interact with their fan bases and keep people interested in their teams. Let’s take a deeper look at a few examples of how the industry has adapted.

One yearly event that always makes waves is the NFL Draft, which while always televised, is also always an in-person event. This year, cameras were in hundreds of living rooms across the country, ready and waiting to capture the exuberant reactions of the fresh draft picks when their name was called. Social media saw a huge boom in direct relation to the draft, with teams like the Bengals seeing a 412% increase in their social media engagement. To put that number into a bit perspective, the Bucs only saw a little over a 300% increase in their engagement when they announced the signing of former Patriots legend Tom Brady. 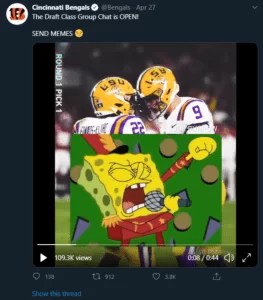 Many leagues have also made prior seasons available to view for free and have been hosting e-watch parties of classic games on social media. With normally pricey things like NBA League Pass and NFL Game Pass available for free, social profiles were able to target people’s nostalgia for classic wins to keep people entertained and engaged. Similarly, with more free time on their hands than they’re quite used to, many big-name athletes have been hosting Q&As and live streams on both their personal profiles and team ones, which has been an added bit of fun for socially inclined fans. This time off has also seen the e-reunions of several championship-winning teams. They’re not as good as a new game, but these added interactions have certainly made the loss of sports a bit easier for hardcore fans. 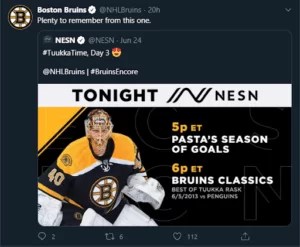 Shutdowns have also seen teams leaning into their humorous side with a ton of memes and heavy usage of Twitter’s poll feature. Often redundant questions, these polls are a fun way to get fans talking to each other and with the team itself. One example of that is this poll the Rays recently ran. There’s no higher compliment for a pitch than to be described as filthy or any synonym thereof, so they ran with that idea to amusing results.

While some leagues in the States are, for better or worse, looking to start back up soon, some leagues around the world have already gotten up and running, including the English Premier League (go Liverpool!) and Korean Baseball Organization. Instead of awkward silence in between broadcaster commentary, they’ve chosen to play crowd noise for home viewers, making it nearly just like how it would normally be to watch on the couch. Aside from empty seats in the background of in-game pictures and footage, a scroll through the Twitter of an EPL club page seems just like any other season! 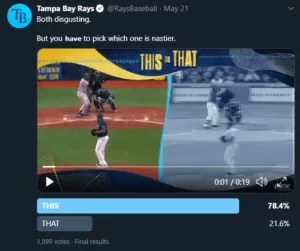 Sports have always been a unifier, even if it’s bonding over hatred of each other’s teams with some trash talk– something I’m quite good for– and there are few things better than enjoying some stadium food while being surrounded by like-minded fans, so when faced with a reality where that wasn’t available, technology and social media have really come in clutch. If you’re interested in having The AD Leaf manage your social media, feel free to give us a call at 321-255-0900 or email us at info@theadleaf.com. Let us hit your social media out of the park!

Shannon started with the AD Leaf in August of 2019 as a Social Media Specialist. She collaborates with clients to iron out their Social Media Strategy and develops content to help grow their company. Shannon received her Bachelor's degree in Business Administration and Marketing in 2014 from Florida Institute of Technology. She has also taken courses at Oxford University and completed a year of Master's work in Marketing and PR for the Music and Entertainment Industries at New York University. She has prior experience working with companies like Harris, Embraer, Ford, and RCA Records. When she's not working, Shannon is bookworm who loves music, dogs (particularly her tuxedo lab Rigby), and Boston sports (don't blame her, she was raised by Bostonians). Right now, she is probably thinking about food, iced coffee, or Harry Styles.