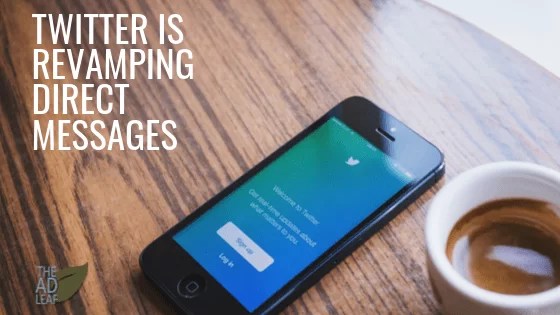 In the beginning, mankind created social media and digital interactions. Before this, the world was dependent on phone calls and written communication, and our friendships were void of constant contact with our friends. Twitter rose from the darkness and said, “Let there be direct messages!” Mankind saw that direct messages were good. Mankind called them “DMs”.

Direct messages and the slang “DMs” have become a part of our daily conversations and remain a focus in how we interact with social media. When Twitter originally launched,most social media platforms including Facebook, Instagram, and Pinterest were in their infancy stages, and did not support personal messaging. At the time, social media platforms were instead designed to create a sense of community and interaction among you and your friends. In order to cultivate this feeling, social media platforms forced you to interact publicly, meaning all of your comments could been seen by your “friends”. It wasn’t until 2015 that Twitter decided to break ground by integrating personal messaging into their platform. This meant that you could send someone a message without your all of your followers seeing it. Considering where social media started, this was revolutionary!

With change often comes complaints, bugs, and disappointment. While this feature was designed and launched with the best of intentions, the human race learned how to abuse this feature. We began to see Twitter Bots pop up and send phishing links through direct messages to try to steal personal information from you. Users would send multiple direct messages in a row if a user wasn’t responding to them right away. Some users would hide behind anonymous accounts and send rude direct messages to someone if they didn’t like their tweets. This behavior was eventually coined “cyberbullying”.

As time has gone on, society has worked hard to combat cyberbullying, and social media platforms like Facebook, Instagram, and Twitter are at the forefront. Facebook has implemented features like restricting the ability to send messages if you’re not friends with them first. Instagram has introduced settings that allow a profile to filter out offensive language or certain keywords. Twitter has decided to jump in and test out a new feature for their DMs as well.

On August 15th, 2019, Twitter began testing a feature that filtered out unwanted messages from bots or abusive users. The filter works by adding an “additional messages” section to your inbox. This is where DMs from people you’re not connected with (those you follow or those who follow you) will be. Once you click to view your additional messages, any photos will be blurred to protect graphic content. You also have the ability to delete a message without actually reading it first, so the sender won’t be aware that you saw their direct message. As of September 30th, 2019, this feature has officially been launched to the public and is available for the majority of their users. This is a breathe or fresh air for avid Twitter users, and frankly, long overdue considering Instagram has had a feature like this for quite some time. Nevertheless, we’re excited to see this feature be rolled out to improve user experience.

In addition to the adding of a filter to direct messages, Twitter has also decided to follow in the footsteps of Facebook, LinkedIn, and Apple with beginning to test emoji “reactions” for direct messages! They’re now going to make it easier, faster, and more fun to respond to messages with options such as “crying from laughter”, “heart eyes”, “gasping”, “crying”, “annoyed”, “love”, and “fire”. These options have been available for certain aspects of Facebook since 2017 and more recently available for LinkedIn.

While this may be a trend that Twitter is following, we’re loving it because it means introducing a whole new way to engage with social media content which we are all for! Plus, we never get tired of reacting with the fire emoji when a co-worker makes a punny social media joke.

Social media is ever changing and with so many platforms, it’s difficult to stay up to date with changes. Here at The AD Leaf, our social media team is obsessed with always being in “the know” with the latest trends, updates, and new features. Let us take the stress off of your hands with our unique social media campaigns tailored for you and your business. Call 321-255-0900 to get started.