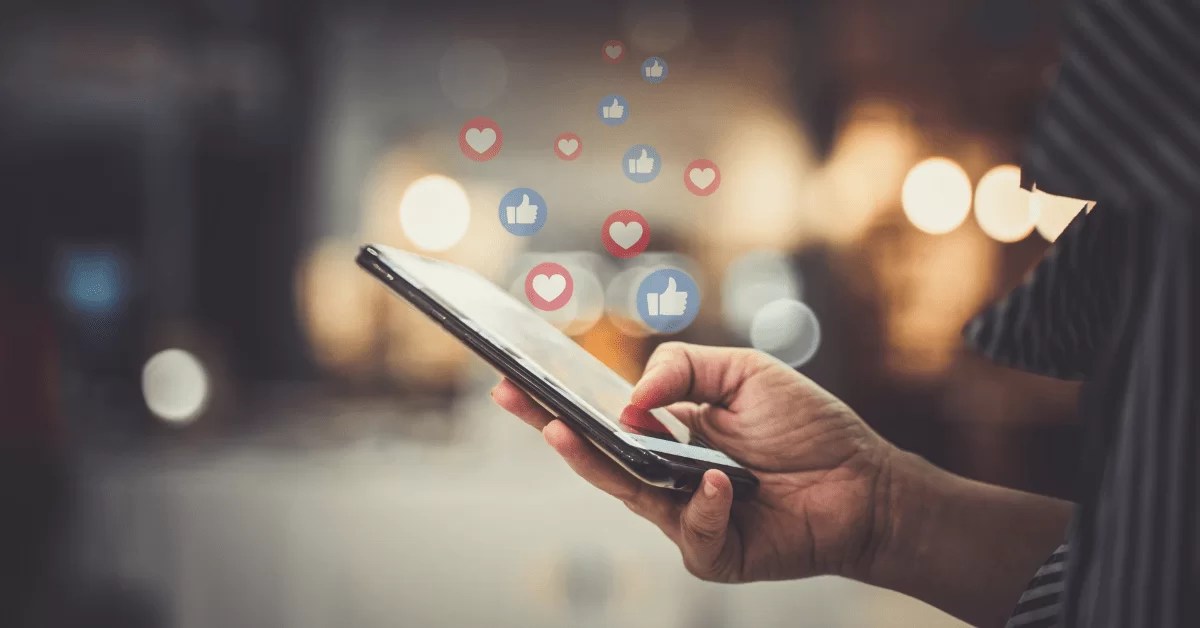 People seem to have a love/hate relationship with social media. On the one hand, humans are social beings. We crave interactions with others, and relationships play big roles in our everyday lives. Social media allows us to easily connect with friends, family, acquaintances, and even strangers. This can be construed in a positive or negative light depending on who you ask and when you ask them. Whatever your thoughts on social media are, it’s pretty clear it’s here to stay in one form or another. So, how did social media even start? Was it when the first cave painting emerged? When the first telegraph was sent? Did it start with the invention of the internet? The answer to this question isn’t clear cut, but there are plenty of interesting facts about the evolution of social media along the way! Here are 5 things you probably didn’t know about the history of social media on the internet.

1. CompuServe was an early online service provider that used a method similar to time-sharing.

CompuServe Information Service, a.k.a. CIS, was founded in Columbus, Ohio in 1969 as a subsidiary of Golden United Life Insurance. Initially, CompuServe had two objectives. The first was to provide computer processing support to the company, and the second was to sell excess computer capacity to other corporations through a kind of time-share system. In 1979, it began providing dial-up online information services to the owners of personal computers. CompuServe is known as the original online portal, offering message forums, online chat services, software libraries, and even online games! It grew in popularity in the 80s and 90s and was sold to AOL in 1997 with WorldCom acting as a broker for $1.2 billion in stock.

2. One of the first social media services was SixDegrees.com.

This social network site was named after the six degrees of separation concept, which is the idea that people have an average of six degrees of separation from each other. SixDegrees was founded in 1996 by Andrew Weinreich, and the website launched in 1997, making it one of the earliest social media sites on the internet. SixDegrees allowed users to create profiles, list their friends and acquaintances, and interact with other users. At its peak, SixDegrees had about 3.5 million registered users. Just two years after its launch, it was sold to YouthStream Media Networks for $125 million. SixDegrees was short-lived, though, in part because of the limitations of internet connectivity in the late 90s and early 2000s. It shut down in 2001.

3. Users could rate the attractiveness of strangers on AmIHotOrNot.com.

James Hong and Jim Young, both engineers based in Silicon Valley, disagreed one day over whether or not a woman they passed on the street was attractive. Their solution? To create a website, of course! In October 2000, the two friends launched AmIHotOrNot.com. The site allowed users to voluntarily submit photos of themselves to be rated on a scale of 1 to 10 by others based on their attractiveness. It went viral. Within one week of launching, the site had reached nearly 2 million daily page views. The site incorporated dating and matchmaking elements.

Aspects of Hot Or Not impacted later dating apps like Tinder and OkCupid. The site was even said to have influenced Mark Zuckerburg to create FaceMash.com, where Harvard students could rate the looks of fellow students based on their student ID photos. Unlike Hot Or Not, FaceMash did not allow users to submit photos voluntarily. FaceMash received major backlash, both because students felt it violated their privacy and because it was seen as a copycat of Hot Or Not. After being called before the school’s administrative board, Zuckerburg took the site down. Hot Or Not was sold for a rumored $20 million to Avid Life Media in 2008.

There are plenty of interesting stories when it comes to the history of social media. From computer time-sharing processes to rating the looks of strangers, there is a lot to learn about how social media has evolved. If you own a business, you probably know how important it is to be able to connect with your customers, whether it’s through an interactive website or your social media channels. If you’re looking for a marketing company with a stellar reputation to assist with any aspect of your digital marketing, look no further than The AD Leaf. We offer web design, search engine optimization, email marketing, social media management, digital advertising, and more! Give us a call today at (321) 255-0900 to learn how we could help you grow your business. 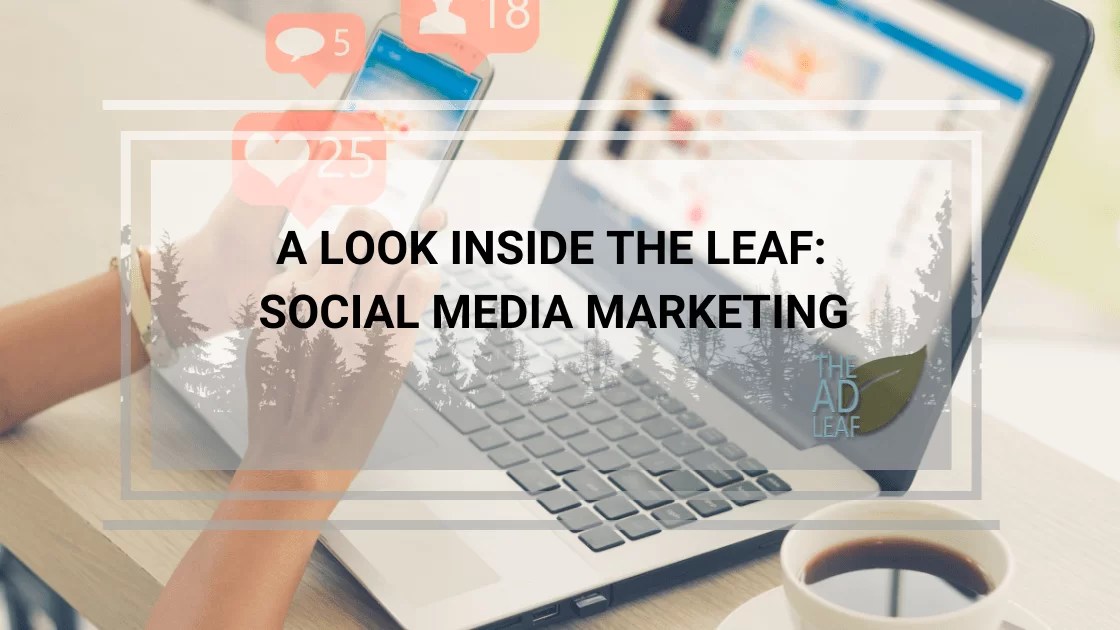 The AD Leaf Marketing Firm LLC. is a marketing firm located in Melbourne, Florida that provides social media marketing services for all types of businesses. Based in an industrial city with many small businesses and larger companies alike, we are proud to serve our community and other communities by providing these establishments with the highest quality marketing materials around. This especially means making sure that the social media pages for these businesses are engaging and helping to bring in new or returning customers.

We are proud to provide social media marketing services to a number of different clients from all over the nation! We work with large and small businesses alike to advertise their products or services on social media to their target demographics. Here are some of the companies we are proud to help support both in Melbourne and beyond:

Here at The AD Leaf Marketing Firm LLC. we offer businesses a number of different creative and marketing services to help promote your services or products online. Here are just some of the things our expert social media teams can provide to you:

That is just a sampling of the services The AD Leaf Marketing Firm LLC. provides. We offer a large number of other services that can help elevate your business to the next level, such as web design and graphic design services.

Social Media Sites We Specialize In

In the ever-changing environment of the Internet, it can be difficult to differentiate between all of the different social media platforms that exist. No worries, because our team of social media experts can do that for you! The AD Leaf Marketing Firm LLC. can help you establish your brand on the following platforms:

We love our clients

The AD Leaf doesn’t believe in a one size fits all approach to social media marketing. Our agency works with clients across many industries and regions. We use our diverse knowledge to implement effective, customized strategies to fit our client’s needs and budget. The AD Leaf works hard to not only improve clients’ sales and business figures, but we strive to build relationships and develop thoughtful strategies to help their companies grow from the roots up.

Here’s what our satisfied clients say about our service:

It may not be a household name in the way that our nearest metropolitan neighbor Orlando is, but Melbourne, Florida is a bustling town that houses many small and large businesses. That is why The AD Leaf Marketing Firm LLC. is so proud to be headquartered in this beautiful town. We believe that one of the best ways to give back to the community is to purchase locally and to support local businesses. Being a marketing agency in Melbourne, Florida allows us to give back by providing valuable resources and services to businesses so that they are able to succeed.

Are you a Melbourne business owner that wants to take their social media marketing to the next level? Talk to one of our local experts here at The AD Leaf Marketing Firm LLC.! We are located at 508 N. Harbor City Boulevard, Melbourne, Florida. To schedule a free consultation with our marketing teams, call us today at 321-255-0900.