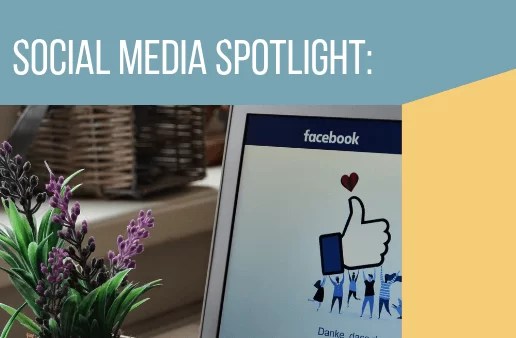 Have you seen “The Social Network”? It shares the story of a Harvard student who endures a hard breakup and creates a website where you can compare pictures of your classmates to farm animals. He created this site by hacking into Harvard’s student database, and with a few tweaks decides to utilize this software to compare pictures of students against each other instead of farm animals, which is meant to be less demeaning somehow. We go on to learn that this student, Mark Zuckerburg, and the website, which was dubbed “Facemash” evolves to become the social networking site we know and love, Facebook.  While the scenario of a scorned boyfriend creating this website as payback for his girlfriend dumping him isn’t entirely true, it is true that Mark Zuckerburg created “Facemash” long before Facebook was even a twinkle in his eye.

“Facemash” was launched by Mark Zuckerburg is July 2003, but was later changed to “TheFacebook” on February 4th, 2004. At the time, membership was available to Harvard students exclusively but was eventually expanded to other colleges by September 2006. The name was derived from a student directory featuring photos and basic information of students attending Harvard at that time. The school distributed paper sheets called “face books” to students to help them get oriented with their peers on campus.

On October 1, 2005, Facebook expanded to twenty-one universities around the world. After allowing access to these universities, they began allowing access to high school students and later, large companies such as Apple Inc. and Microsoft. By February 2011, Facebook had become the largest online photo hosting site and expanded to 2,000+ colleges and 25,000+ high school throughout the United States, Canada, Mexico, United Kingdom, Australia, New Zealand, and Ireland.  By October 2011, over 350 million users accessed Facebook through their mobile phones, accounting for 33% of all Facebook traffic.

Today, Facebook is the third most-visited website in the world. According to PEW Research Center, 66% of Facebook users access the site on a daily basis. In an average day, an American spends 58 minutes on Facebook. Mobile access has jumped from 33% in 2011 to 88% in 2018. It has grown to become an important discovery platform for the modern consumer, with 78% of American consumers purchasing a retail product they found through Facebook.

The short answer is, “no”! Facebook continues to be the top platform for both Business to Business (B2B) and Business to Consumer (B2C) models. According to Hootsuite’s 2018 Global Barometer Report, a whopping 98% of B2C companies use Facebook in addition to 89% of B2B companies. This is significantly higher than the business-oriented platform LinkedIn, where B2C usage averages around 46% and B2B usage averages around 86%.

Can you imagine having access to a platform where your product, service, or business can be presented in front of 1.47 billion people for 58 minutes a day? We’re going to share 5 key things your small business can be doing to utilize Facebook.

Facebook, as a social networking site, is just that… it’s SOCIAL. Chances are, you yourself have a personal Facebook account and fall into the category of people who access the site on a daily basis. Think about your personal usage of the website. As you scroll through your newsfeed, do you stop and look at the stock photo of a Caucasian model smiling way too big holding a water bottle that’s poorly photoshopped into the photo? No.  Does that make you want to buy said water bottle? Definitely no.

The general audience on Facebook is looking for authentic content that they can relate with. Be realistic with the photos you’re sharing of your product or service. Feature your product in the day-to-day life of your consumers. Share a photo of your son playing with your water bottle in the yard. Take a snap of a soccer player using your water bottle on the sideline of her playoff game. Show off your water bottle on the beach with a beautiful sunset in the background. The social world of Facebook thrives on what are called “lifestyle” photos, stylistic photos of life.

Like we mentioned before, think about your personal use of Facebook. Do you stop for the post that says “Buy this great product now or you’re missing out”? Probably not. It’s not attention grabbing nor does it really tell you WHY you’re missing out. Think about why people need your service or product. Are they workout junkies who should have your water bottle because it’s specifically designed to fit in the cup holder on a treadmill? That means you’re selling convenience, the ability to make their day more efficient, and the comfort of knowing they don’t have to feel embarrassed while they awkwardly hold their water bottle while running. Are they a soccer mom on the go? That means you’re selling durability that won’t break when handling 3 kids on the way to school, a money saving solution knowing they won’t have to replace this water bottle in a month, or the hope that they’ll actually go to the gym after they put the kids to bed instead of plopping down on the couch to watch Netflix… again. The age of “call to actions” such as “Call Now!”, “Buy Now!”, and “Click Here!” are gone. Dive into why your product could bring someone comfort, convenience, or peace of mind.

Did you know your Facebook Business Page can tell you your number of followers, where they’re located, and how old they are? If not, you’re missing out on a crucial tool that will help you build your customer base. Take a look at the “Insights” tab at the top of your Facebook Business Page and learn about your performance. This will help you fine tune the content you’re sharing and help you learn about who your product is really appealing to. You might think your water bottle is designed for the middle aged blue-collar man who is working out on his way home from work, but after looking at your insights you might be surprised to learn that your biggest demographic is college-aged females who are trying to create a new routine in a new phase of their lives. This might lead to you design a separate product line geared towards your new found audience! Measure your performance and pay attention to what’s working. It will lead to higher sales in the long run.

Now that you’ve identified an audience, you’ll be elated to learn that Facebook Ads allows you to hyper-target who your content is shown to. Do you want to show an ad of a young female using your water bottle on a treadmill to women ages 18-25 in New York City who have an interest in running? With Facebook Ads, you can do that. Do you want to encourage men between the ages of 45-55 who own their own business to visit your website? With Facebook Ads, you can do that. There is a Facebook Ad campaign for just about every goal you could possibly think of. Since it’s start launch in November 2007, Facebook Ads has expanded immensely. It’s can be a daunting task to tackle Facebook Ads and ensure your money is being spent wisely but don’t worry, that’s what we’re here for. We have watched the growth and development of Facebook Ads throughout the years and take pride in being Facebook Ads Certified. We’ll work with you to identify an audience, develop an ad campaign, monitor and provide statistical updates, and maximize the use of your dollar.

Captain Picard from Star Trek was spot on when he said “ENGAGE”! Social platforms always have been and always will be centered around being social. If your audience is taking the time to message you, comment on photos, or share your content on their personal page, the least you can do is respond to that. This might seem like a no-brainer, but it’s difficult to get wrapped up in creating and producing content. Facebook will ultimately give preference to those who are most active on it’s platform. Your Facebook message response time, responsiveness to comments, and frequency of posting are all factors that Facebook takes into consideration when decided how many people to show your Facebook page to.

There are your five way to grow your small business via Facebook. Sounds easy, right? It’s okay to say, “No way! Who’s got time for that?”. Chances are you’re busy running your business, manufacturing a product, building a network, or managing your employees. That’s where we come in. We want to help you grow your business and it just so happens that we also love Facebook.

Whether you need help setting up a Facebook Business Page, can’t figure out how to decipher your insights, or want to run a full-blown Facebook Ads campaign, we would love to help! We enjoy collaborating with our clients to build a campaign unique to you, positioning your business for success. Call us today to talk with your very own Facebook expert, 321-255-0900.

Maura started with The AD Leaf in 2018 as a Social Media Specialist. She has grown with the company to become a part of their core leadership team and now manages multiple departments within the company including Social Media Marketing, Content Writing, and Graphic Design. She grew up in a small town in Pennsylvania and attended Albright College in Reading, Pennsylvania majoring in Public Relations & Advertising. She has spent time building her professional career at Walt Disney World, managing large-scale operations for retail companies, and helping small businesses build their social media presence. Maura is passionate about her community and chooses to give back by being an active Big Sister with the Central Florida Big Brother Big Sister chapter. Outside of work, you can find her traveling throughout the country, winning trivia night competitions, baking bread, or listening to NPR.